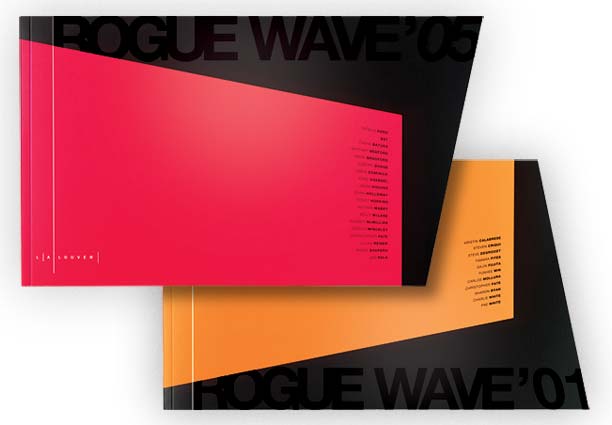 One of the most prevalent questions asked of an art dealer is “How do you find new artists?” “By keeping our eyes, and ears, close to the ground,” is my usual reply. “Art dealers see, with their ears.” This remark would suggest the presence of street traffic or a bustling central meeting place, neither of which exists in Los Angeles – unless you bring attention to your own activity.

In 1972, I was invited to teach at UCLA as a visiting lecturer in the Design area of the Art Department. Coming from England and a student life with access to the great collections of the United Kingdom and Europe, one fascination for me was: Given the absence of readily available historical models, how does a student or practicing artist in Los Angeles fuel their studio process? In spite of the developing presence since that time of the Getty, MOCA, Norton Simon, LACMA, the Hammer and others, I believe that a Rabelaisian iconoclastic spirit, pervasive in Los Angeles, remains in place, leaving people alone to sink or swim, or at least be themselves.

In the summer of 1975, L.A. Louver Gallery was formed with the goal of developing an international exhibition program to be presented in Venice, California. Since opening, L.A. Louver has organized, in Los Angeles, New York and at various international art fairs, 429 exhibitions and performances, representing artists from Los Angeles and throughout the United States, Central Europe, Scandinavia, Italy, Spain, United Kingdom, Australia, South America and Japan. We have also mounted exhibitions of a more historical nature in order to contextualize the range of our interests related to individual artists. As the recognition of work by the artists we represent has grown in stature, L.A. Louver has developed an international reputation with other colleagues, museum directors, curators, writers and collectors alike. In this way we have ironically become part of the Los Angeles art establishment. Not a particularly comfortable place for someone who, in the ’60s, considered himself to be part of the student revolutionary movement!

Hopefully, in this process of becoming “recognized,” we have never lost our sense of curiosity. I have admired the efforts of independent curators, often artists themselves, who have taken time to reflect upon the work being made in their community, and have accordingly presented their interests in the form of exhibitions, hosted in private homes and other unconventional spaces appropriated for the occasion. Our Chief Preparator at L.A. Louver, Christopher Pate, is also an artist, and one who has successfully adopted this curatorial mantel on several occasions throughout our long association. At the start of this millennium, I invited Chris to co-author an exhibition program at L.A. Louver which intended to reflect upon the emerging artists of Los Angeles. For this project, it was important to me that we stay open, and not be influenced by age, creed or gender, medium, experience, exhibition history or, by way of contradicting my opening maxim to this introduction, word of mouth! Chris Pate and I set out to research our subject, and in putting this program together, reviewed works by over 108 artists and made 36 studio visits. This process has been a privilege. I would like to thank all of the artists who made themselves and their work available; all of you have been very involved, and for this I am deeply appreciative.

Thus, Rogue Wave* was born, in the summer of 2001. It is now with great pleasure that we present Rogue Wave ’05.

*rogue wave n.  An unpredictable, abnormally large wave that occurs on a seemingly random basis in the oceans.