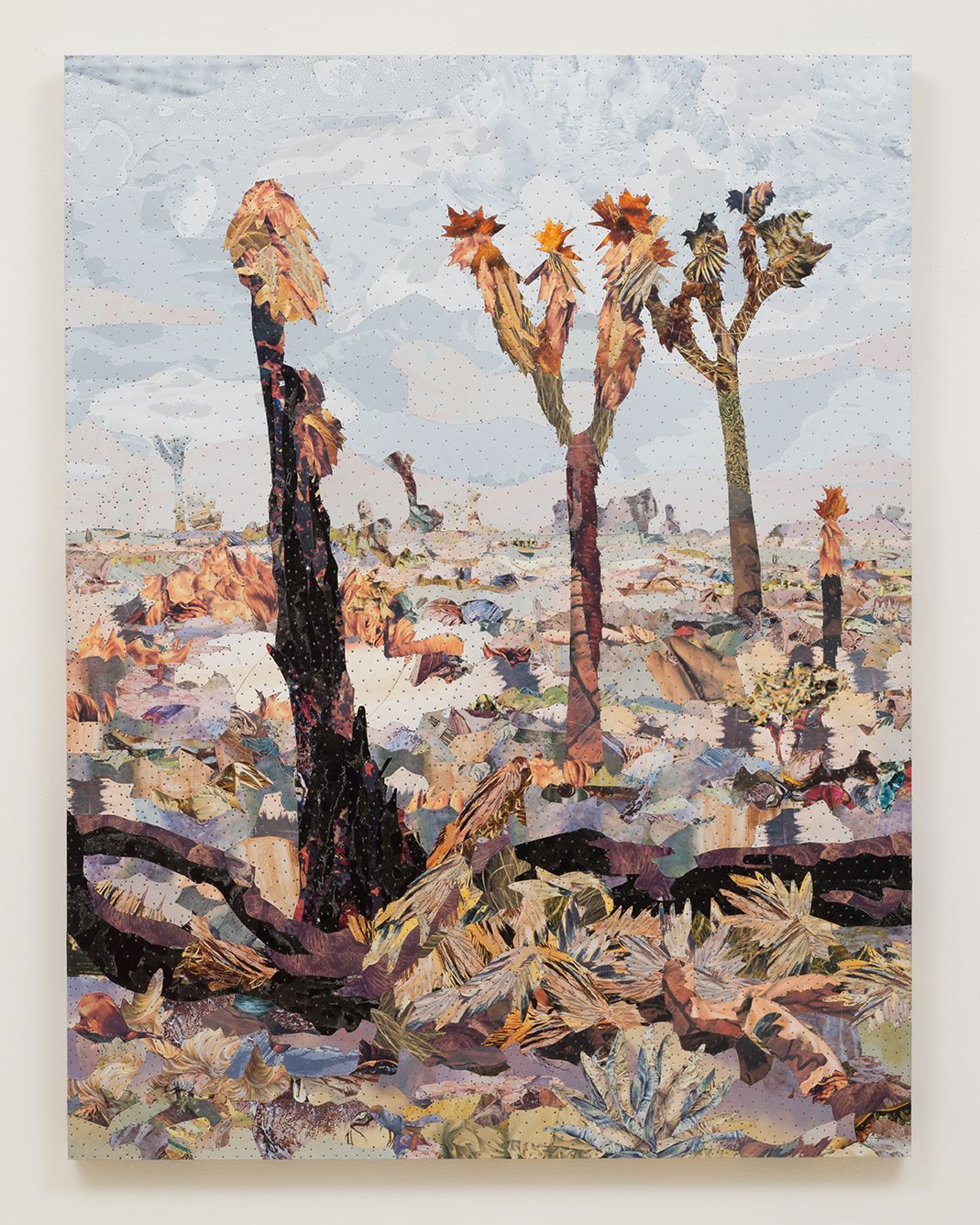 The American West has always been a canvas upon which our national myths played out. Its vast landscapes are beautiful and deadly, its history full of tall tales, violence, and new beginnings. This exhibition brings together artists who have invited the mythos of the West into their work.

Terry Allen and Charles Garabedian play up the West’s tradition of tall tales, in which stories become bigger and grander in their retelling. Allen’s recent series MemWars blends personal history with larger-than-life storytelling, while Garabedian adds mythical creatures to the story of an actual historical flood. Nancy Kienholz’ lenticular photograph conflates the legendary showman Buffalo Bill with his namesake, whose disappearance from the grasslands of the West is echoed in a visual disappearance from the frame.

Another hallmark of the West is a tension between the natural and the built environment: from rickety outposts holding back the vast wilderness to solid adobe structures blending right in. Michael McMillen conveys some of the precarity of expansionist settlements, while Rebecca Campbell’s Albion presents a more established architecture, its sandy tone and rigid geometry like a man-made mesa.

On the other side of the equation lies the landscape itself. Sandra Mendelsohn Rubin and Tony Berlant focus on the natural beauty of the West, with two of its extremes illustrated by the bounty of a mighty river and the stark light of a rugged desert vista. 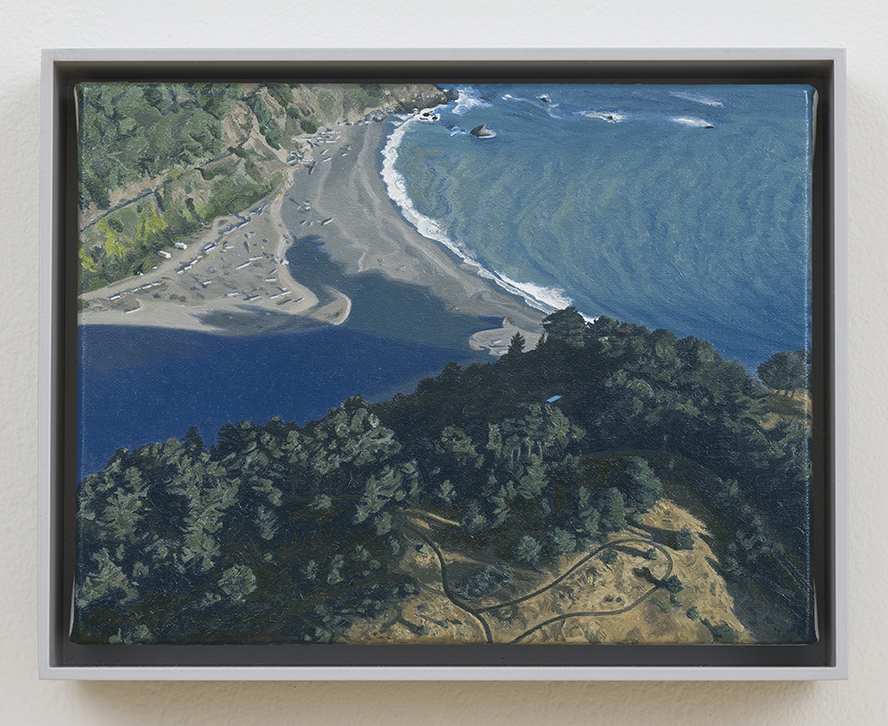 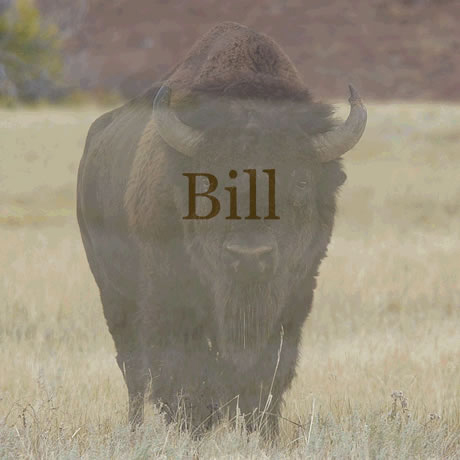 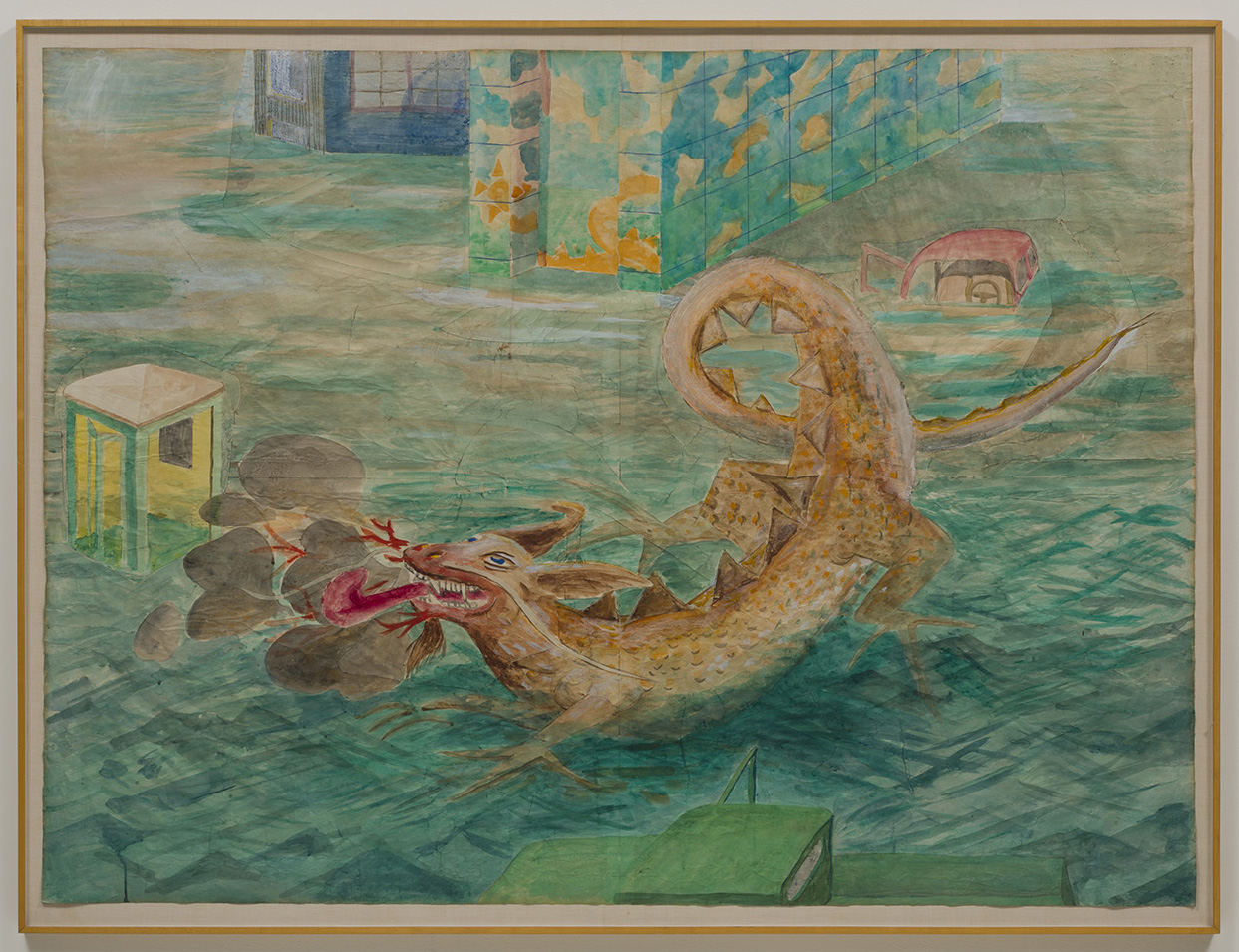 The history of the West is full of well-told legends and striking vistas, but also rife with stories of violence. Three L.A. stories are a reminder that the landscape can also be lethal. Big Sleeps’ Bloody Streets L.A. adopts the typography of West Coast street art, calling out the artists’ foundation in graffiti and tattooing. He takes advantage of the lush texture of paper to mimic the splatter and wash of spilt blood, a reminder that the violence and turf wars of the frontier West continue into the urban present.

The ghostly outline of Gajin Fujita’s L.A. Skyline and the cinematic gore of Charlie White’s Lower Arroyo Seco both speak to a domination of landscape through urbanization with a swagger and drama that are particular to Los Angeles. White’s mutilated figure speaks to both the violence and the beauty of Hollywood fare, while Fujita’s spray-can bravado typifies the dignity of the West. 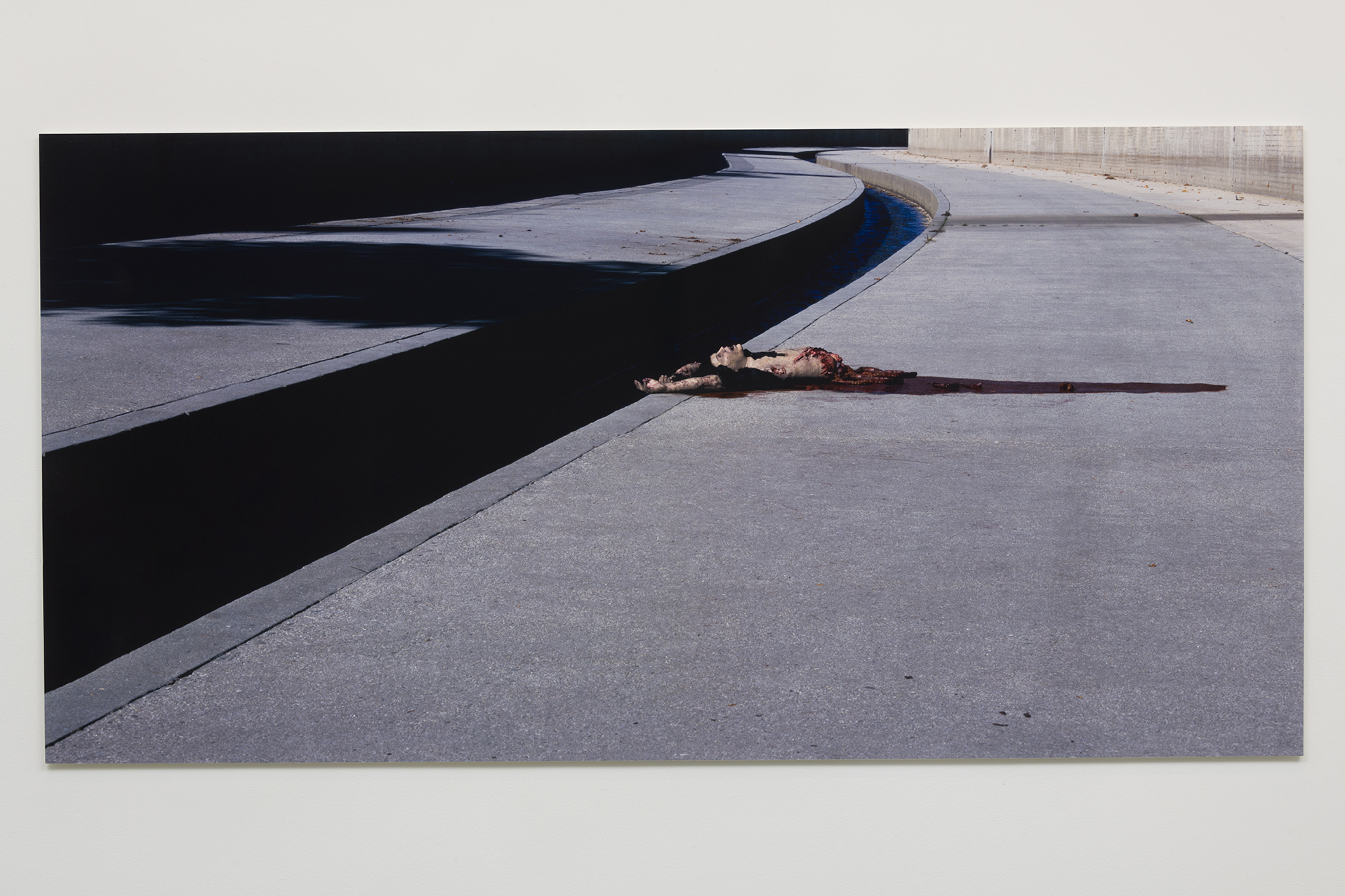 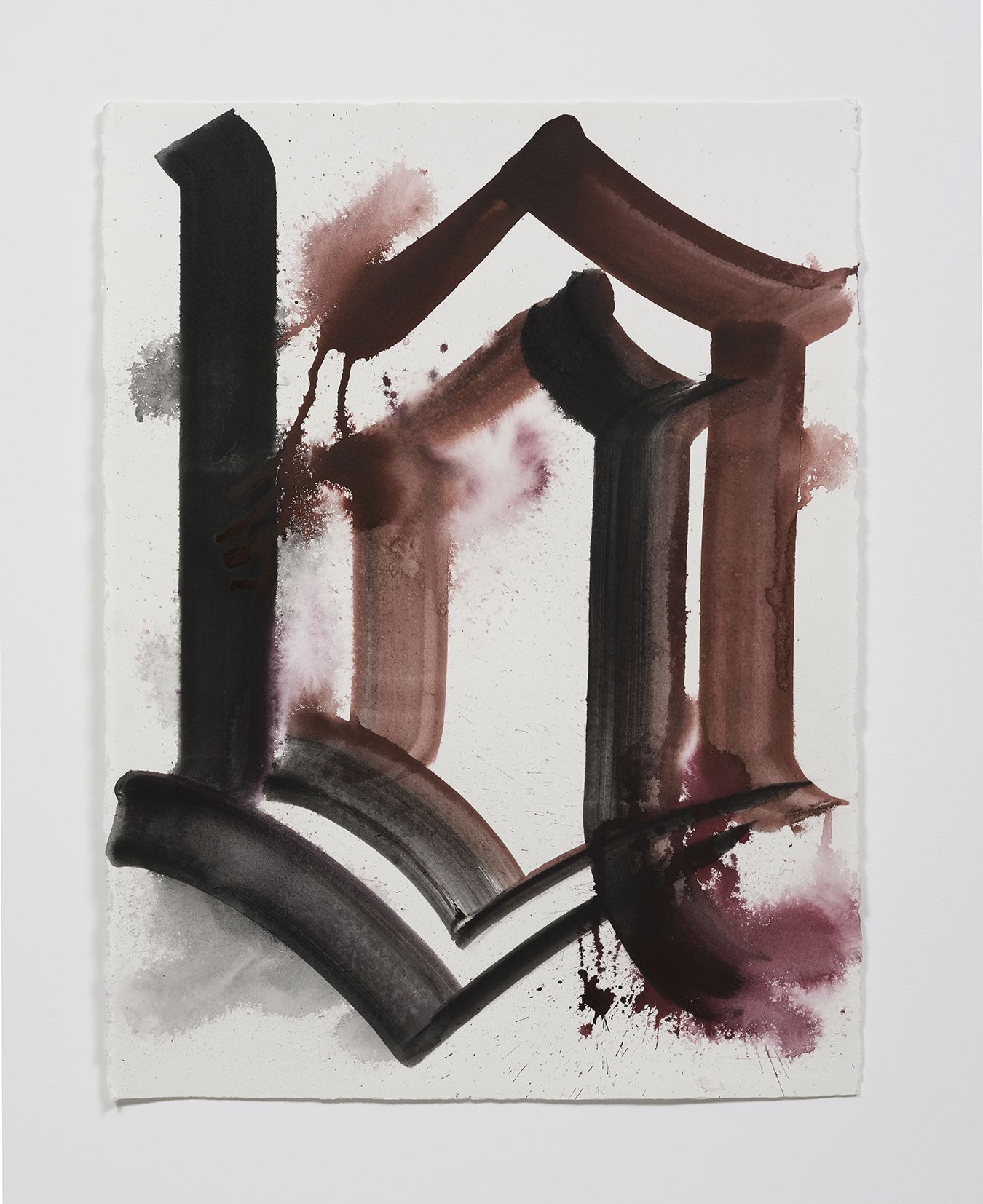 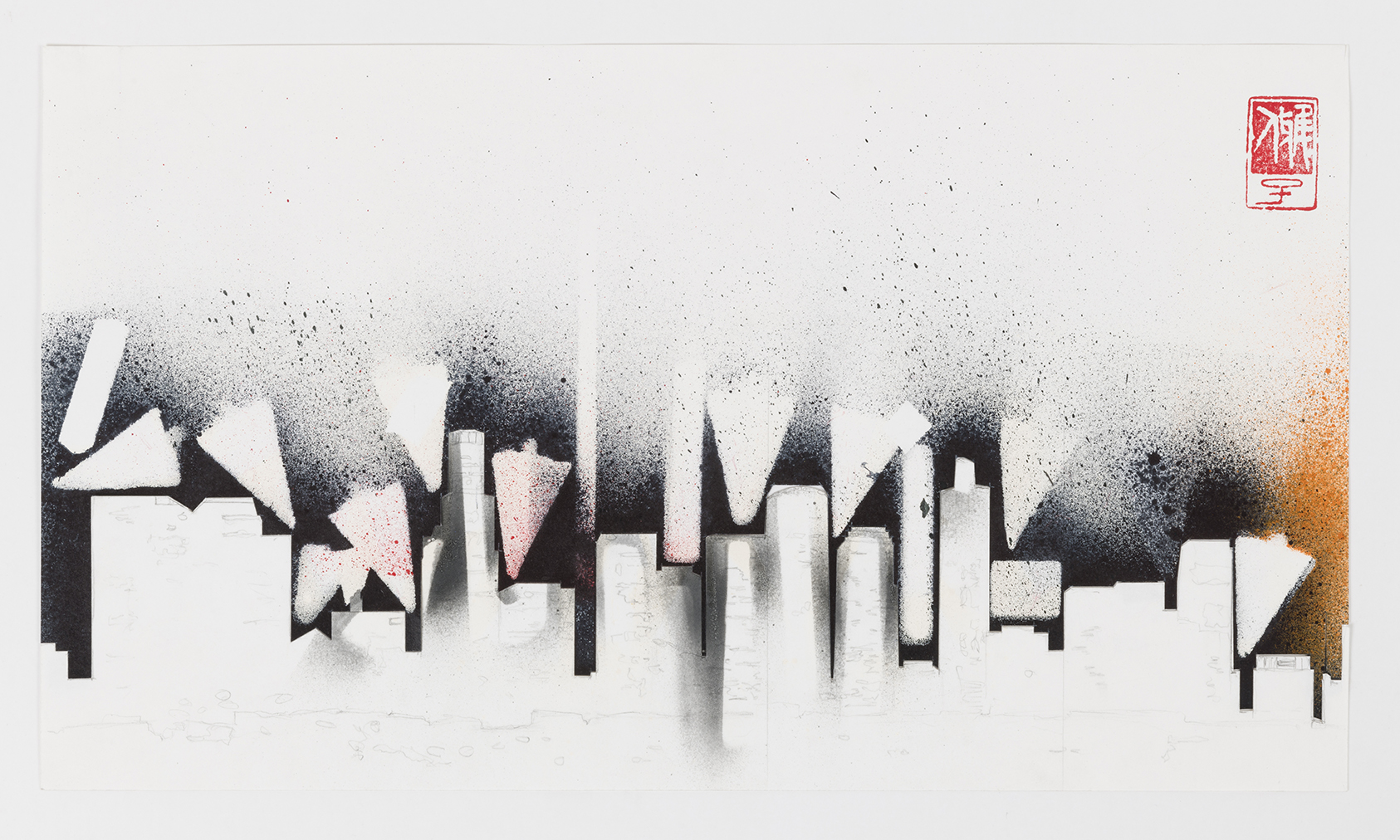 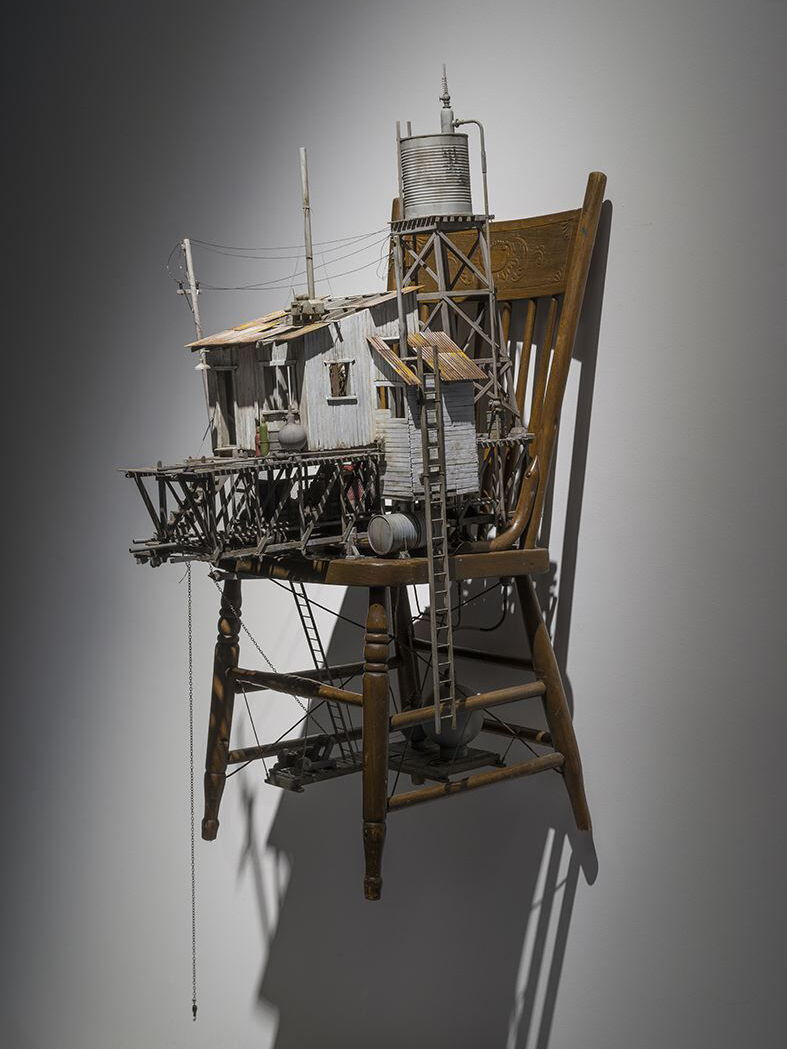 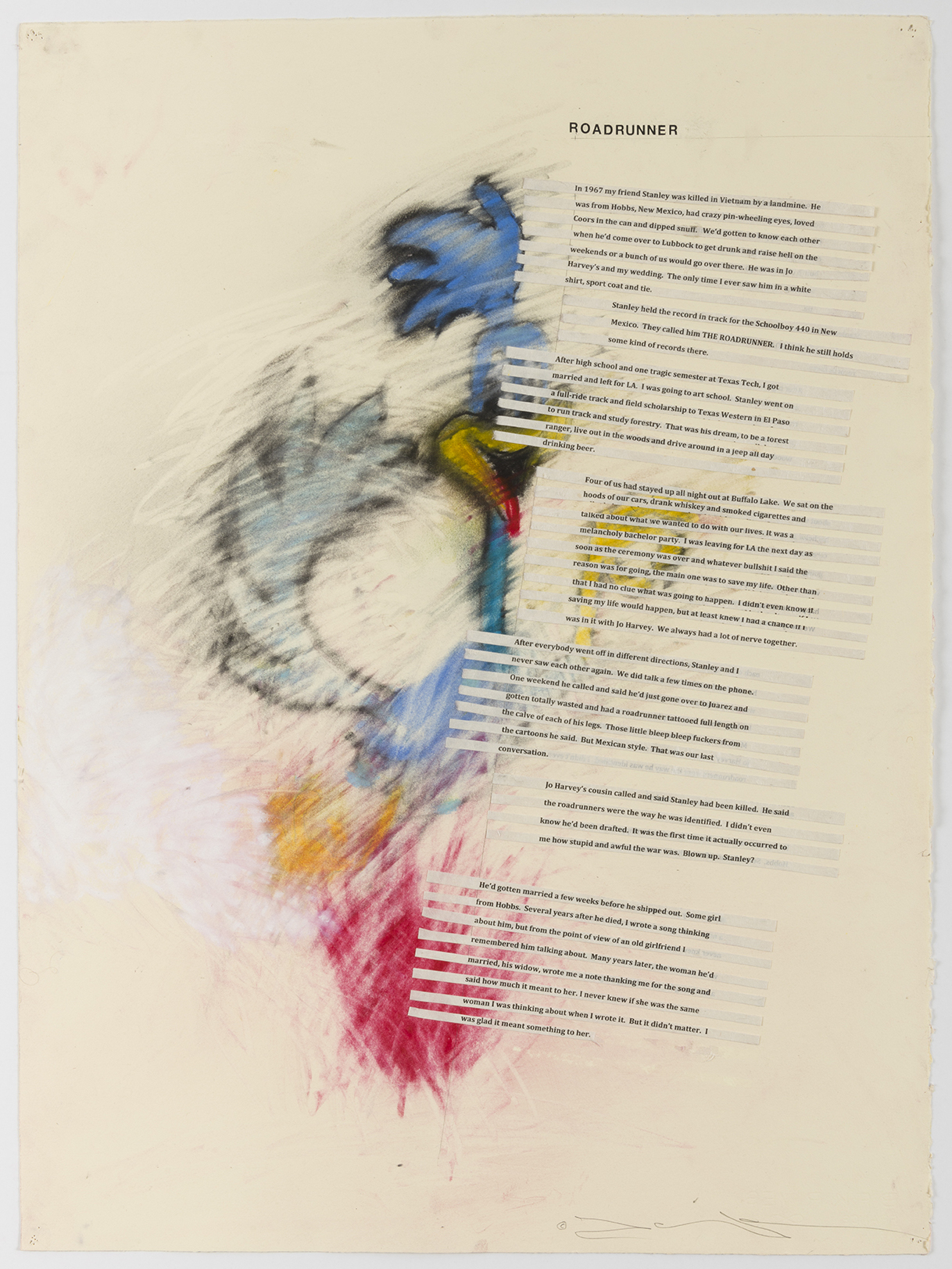 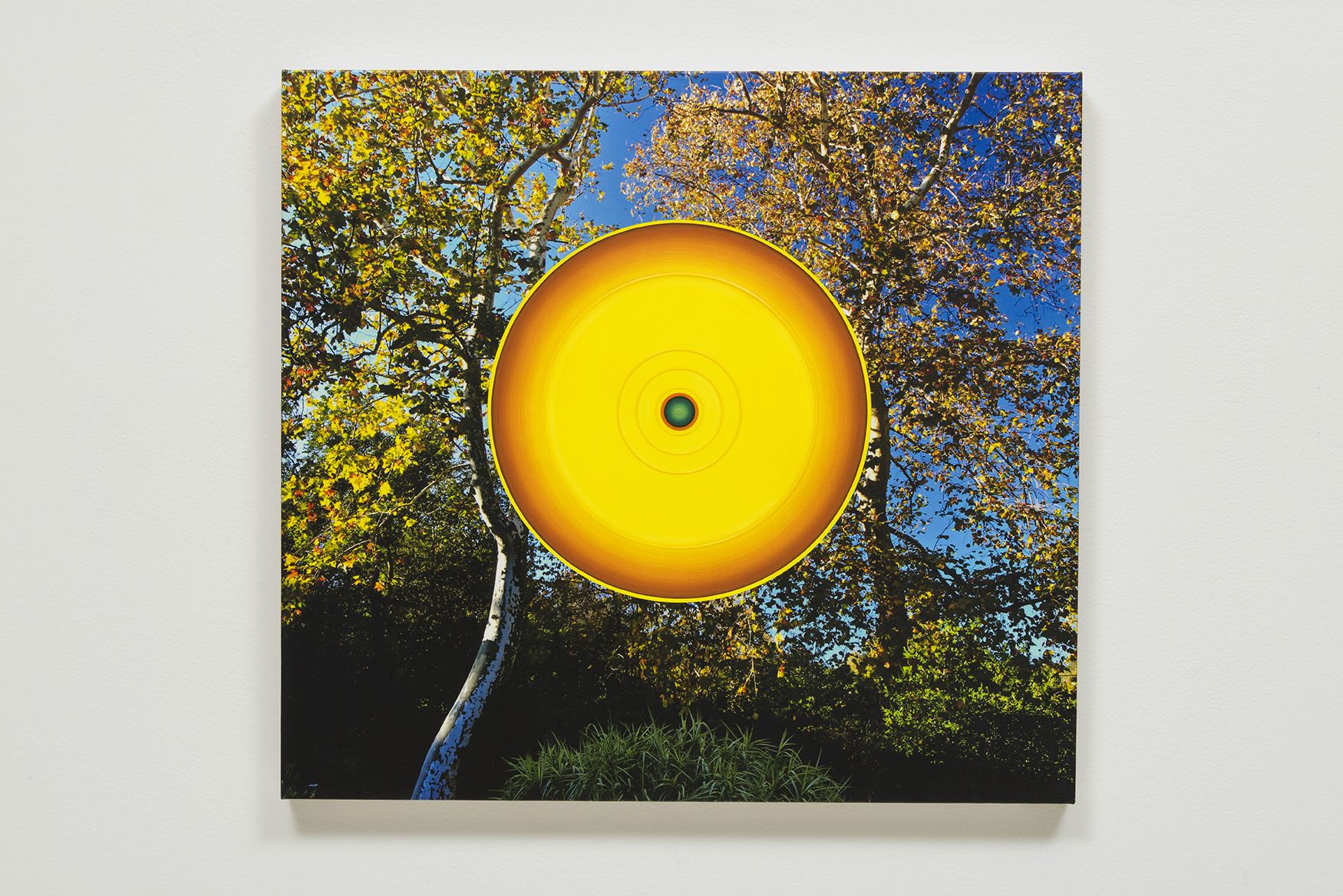